I take a look at the effect of question framing on immigration attitudes, and what the new census data can tell us about the link between population density, inequality, and voting. 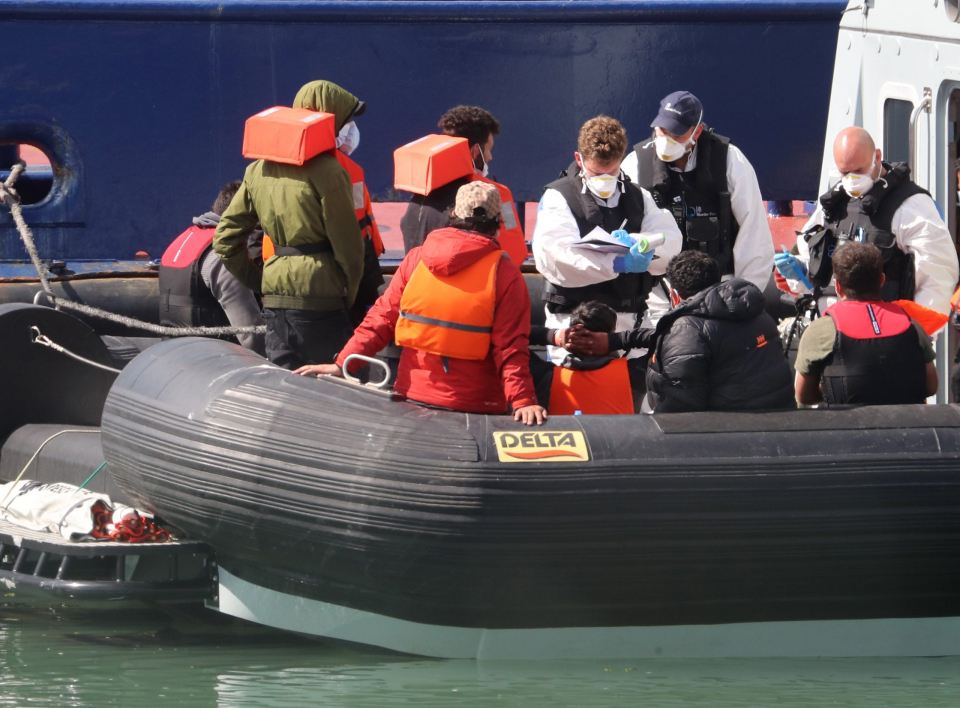 In this issue, I pick up on two public opinion and geo-demographic themes.

1. Question wording effects and framing are muddying the waters on the immigration debate

The public’s instincts towards immigration and immigrants are split relatively evenly, with a mild positive bias (the mean warmth score is 55/100). This, though, is when the question does not link immigrants or immigration to any other issue. Changing the question framing, as I’m able to show here with our own polling here at Focaldata, can cause wildly different reactions. When the proposition in the question is changed to include the economy, immigration’s historical impact, or small boat crossings (for example), public attitudes towards immigration suddenly appear rather different.

When the question is given a historical slant, and people are asked whether immigration has been good for Britain over the last 10 years, the public are deeply split. 38% think it has been both good and bad, 32% bad, and 23% good. What’s fascinating here is that this slightly different framing of the issue of immigration has changed the net positivity of the UK public towards immigration from around 55/45 in favour, to only 23/32, a much more negative view.

Note: Immigration warmth is segmented by the question “Has immigration in the past 10 years been good for Britain?” in the YouGov tracker here

Note: Immigration warmth is segmented by the question “Which of the following, if any, comes closest to your view?” in previous British Future polling conducted by us here

The story takes another turn as soon as the question framing is about specific numbers of immigrants. This greatly increases people’s scepticism about immigration. Focaldata’s own polling suggests that 58% of the UK public want levels of immigration to be reduced, and only 31% want it to be increased.

Note: Immigration warmth is segmented by the question “Do you think the number of immigrants coming to Britain nowadays should be...” See previous British Future polling conducted by us here

When the framing is whether immigration has enriched society or undermined it, the UK public is deeply split 52% to 48%, as we found in an Onward report I contributed to. But what the Onward report made clear is that although this question split people roughly 50/50, immigration-sceptic voters were distributed much more evenly throughout the country. The consequence is that when the question was forecast at a seat level (using the MRP technique) 75% of constituencies were majority immigration-sceptic while only 25% were majority immigration-friendly.

Note: Immigration warmth is segmented by the question “Please indicate which of the statements below best reflects your views?” in the Onward report referenced here

But on the issue of feeling sympathy for those making the perilous journeys across the Channel on small boats, our polling shows the British public breaking more sympathetically towards them. 51% feel some sympathy vs. 45% who feel little or no sympathy. This specific question had an extraordinary age curve in our polling: 1% of 18-24s had no sympathy whatsoever, but the same figure stands at 45% amongst over  65s.

Note: Immigration warmth is segmented by the question “How much sympathy do you have for migrants attempting to cross the English Channel by boat?” in previous British Future polling conducted by us here

What’s also clear is that age continues to be the main axis on which the topic of immigration flexes - even as the polling varies wildly when substantive sub-topics such as the economy and cultural enrichment are included in the question.

Note: There’s been some excellent work on public attitudes to immigration already put out there from the FT’s John Burn-Murdoch, an informative twitter thread by the University of Manchester’s Rob Ford here, while Sam Freedman’s latest substack also has some excellent thinking around the issue. Also out earlier this week was some interesting polling out from Public First/More in Common.

2. The new 2021 census contains a wealth of insight on the UK today

The new 2021 census contains deprivation metrics for each of England and Wales’ 180,000 output areas available (output areas are a census construct relating to an area containing around only 300 people). This very granular information is available to view here and is a great resource for understanding the low level interactions of different demographic variables. What I wanted to find out from the latest batch of data was whether inequality - large numbers of rich and poor people living alongside each other - made a difference to how we vote, even when adjusting for the median level of income in an area.

To do this I’ve tried my hand at making a basic measure of deprivation based on the new output area data. I started by taking the number of households for each constituency who lived in a nationally top quartile (25% least deprived) output area and subtracted the number of households who lived in a nationally bottom quartile (25% most deprived) output area. The resulting measure roughly correlates to an affluence scale like index of multiple deprivation (IMD) scores, and is the vertical axis on the graph below (less deprived constituencies are towards the top). I then plotted this ‘net deprivation rank’ against a ranking of constituencies by inequality, in terms of the total number of people living in the constituency who were living in either bottom or top quartile output areas (the horizontal axis, more unequal towards the right).

Looking at the resulting graph, a bunch of thoughts popped out. Below are my main takeaways.

The previous two graphs break down the results by the rural/urban divide. One of the themes that comes out is the increasingly strong relationship between population density to voting intention, which is a recurring theme across the western world. Elections in Australia, Canada, UK and the US have repeatedly shown how political voting intention (but not late/early in the cycle) increasingly resembles a population density map. This comes out most clearly in the following graph, which plots the 180,000 output areas from the latest census in terms of the % of deprived households and population density, and then colours them by their MP’s party.

Returning to the constituency level, the strength of the relationship between the left/right political axis and population density is pretty striking whether one looks at it by individual seat…

Or, by dividing up the seats into ten buckets (deciles) ranked by density (here for England only).

The politics of place overriding individual level characteristics is an extremely well researched area of political science - but I wonder whether we’ve fully come to terms with the consequences of so much of our politics being a function of population density. The theme always reminds me of American writer Robert Putnam’s opus Bowling Alone.